How can driver training be successful in the long run? This is the question that the Driver Coaching Academy launched in mid-March aims to answer. One of the participating companies is Hövelmann Logistik GmbH & Co. KG. The company, which specialises in pallet transport, has now reviewed the results of its trial of Trimble's Performance Portal and Coach Assistant extension module.

At an average of 24 litres per 100 kilometres, Hövelmann Logistik’s fuel consumption is already impressive. The company, which is based in Rees on the Lower Rhine, has been using Trimble’s Performance Portal to improve driving behaviour since 2015.

“By now, this solution is an integral part of our everyday operations, as it enables us to comprehensively assess the performance of each driver,” explains Malik.

In addition to the Performance Portal, the company also recently started to use the Coach Assistant extension, a tool that supports driver trainers in the administration and documentation of their work. It also makes it possible to identify recurring patterns and trends and to define concrete targets, which can then be compared to actual performance on a continuous basis. 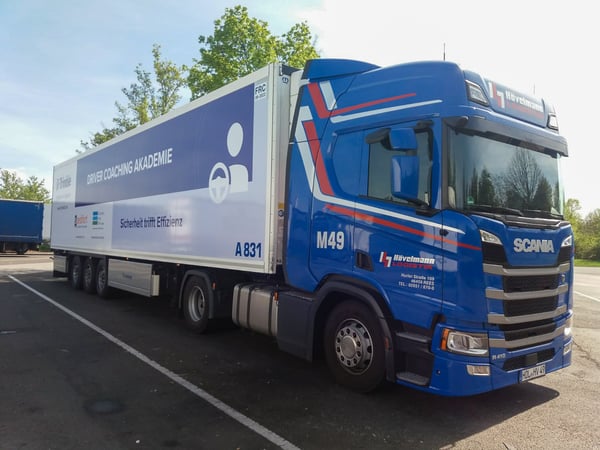 Everything at a glance

Alongside the Performance Portal, the Coach Assistant is the Driver Coaching Academy’s central instrument for analysing and evaluating driver performance. Malik summarises his experience as follows:

“The Coach Assistant is clearly structured and easy to use. As fleet manager, I always have all the information at my fingertips and can also use the calendar function to optimally plan the work for the coming weeks.”

For Malik, another major advantage is that new employees can quickly learn how to use the system. At the beginning of the year, Hövelmann Logistik hired a new driver trainer who first needed to be trained.

“The intuitive operation of the Coach Assistant has proven to be a significant advantage. It guides trainers through the program and they can immediately see how driver performance has changed”, says Malik.

The driver who is taking part in the Driver Coaching Academy on behalf of Hövelmann Logistik is Gregor Becker. “He already stands out for his consistently good performance. And for us, it is not a matter of making a good driver out of a bad one, but rather of turning a good one into a better one,” says Malik. “Our main objective is to promote a defensive and economical driving style. As the fleet manager, saving fuel and avoiding accidents are crucial considerations for Malik. He sums up the company’s ambition as follows:

“Our ultimate goal is to have drivers who are level-headed.”

The Driver Coaching Aacademy is a joint project launched by Trimble together with INN-ovativ, the company behind the Spedifort e-learning programs, and Economic Drive Stein GmbH, a provider of driver training courses. Under the motto “safety meets efficiency”, drivers from four transport and logistics companies are being trained over a period of six months, both via a video learning platform and in person by driver trainers. Telematics solutions from Trimble, such as the Performance Portal and the powerful Coach Assistant, are used to analyse and evaluate performance and to provide specific advice on possible improvements. The final results will be presented in September. 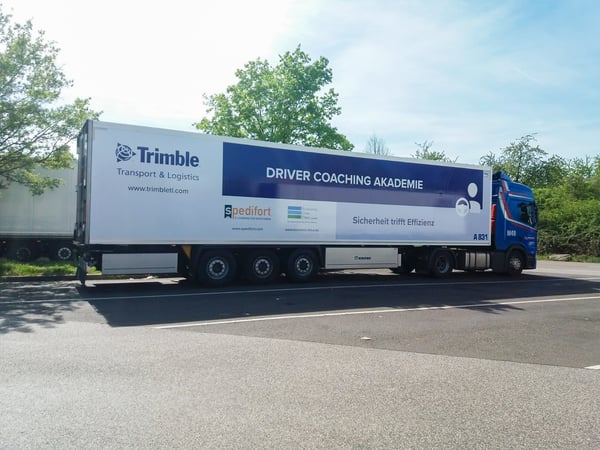