Trimble is now using video intelligence to bring an intelligent dashcam solution to Germany which will offer a wide range of features in addition to tour registration. Specific traffic conditions and accidents can be captured and recorded with the use of a digital video recorder (DVR) and outward-facing wide-angle cameras, and this information can be subsequently reconstructed and meticulously analysed. Johs. Martens, a company specialised in the transportation of hazardous material, is currently equipping the first 100 trucks in its fleet with the solution.

“This had been in the cards for quite a while. There were many instances where drivers and customers alike had addressed us via dashcams, since using cameras had become an everyday thing in other countries, and they wanted to know when we were going to implement this technology at our own company”, Susanne Martens-Ulrich, managing director for the shipping company, Johs. Martens reports.

The family enterprise steeped in tradition with its headquarters located in Drestedt, near Hamburg, as well as four additional offices in northern and eastern Germany, has been supplying airports, petrol stations and industrial clients with oil and gas for 75 years.

“Safety is our primary concern. This also means traffic safety, of course, but also contemplates legal certainty, which we are now able to improve further with the aid of video intelligence”, Martens-Ulrich explains.

In the driver's interest

Shipping companies have been using the CarCube, developed by Trimble, for six years. The conversion to the latest generation of devices was made two years ago. To improve road performance, the company also uses the Performance Portal. When Martens-Ulrich learned about the introduction of video intelligence to Germany, she immediately decided to test out the solution. For this purpose, a shift vehicle was equipped with three cameras, and the driver was informed of this fact.

“I didn’t have to do much convincing”. One of the two drivers had wanted to know just before if he could have a dashcam, so he could use the recording of the traffic events to avoid any disputes following an accident”, Martens-Ulrich relates. 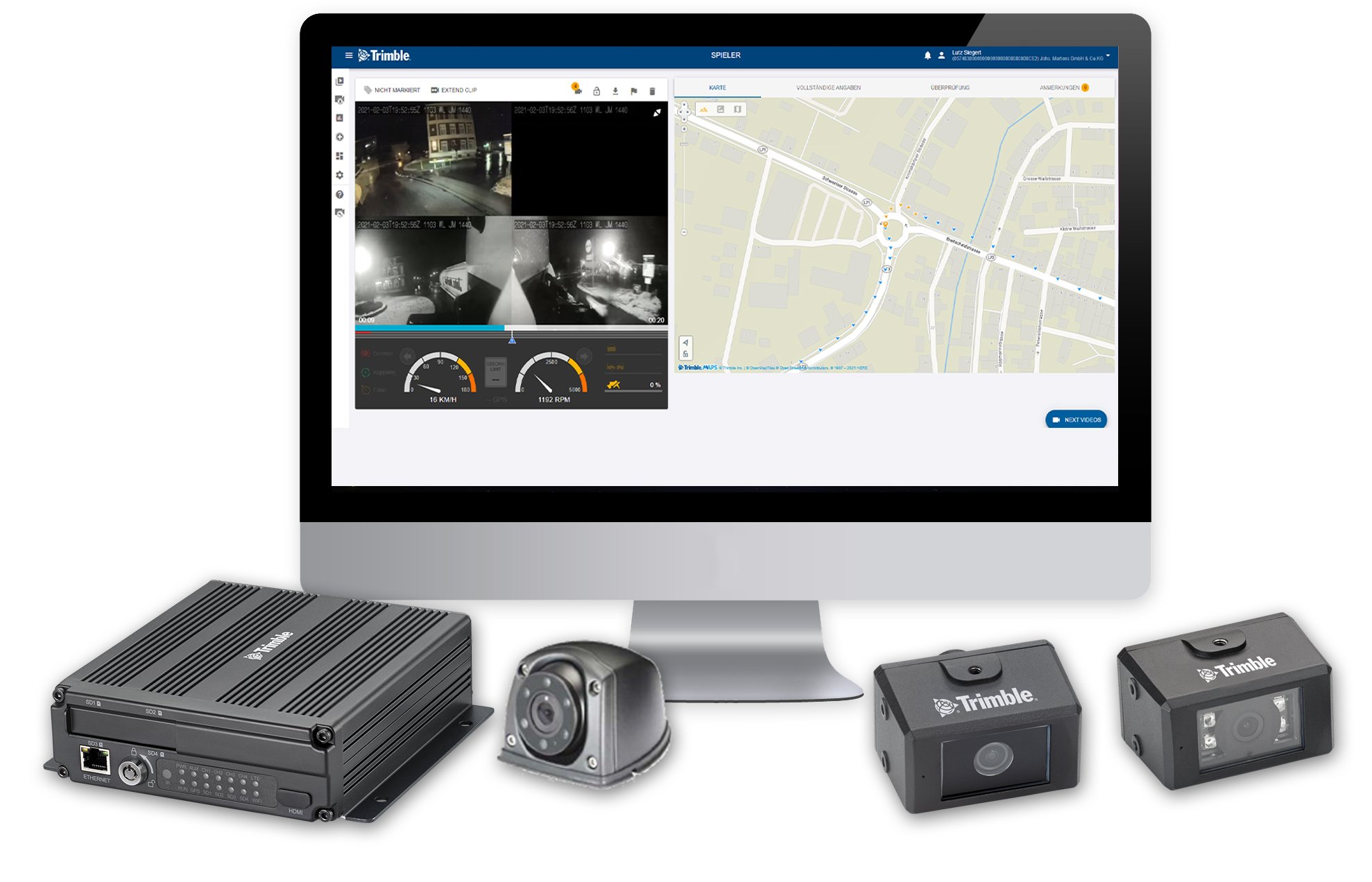 Using video intelligence, one or more wide-angle cameras operating in combination with a digital video recorder (DVR) can capture and record traffic conditions all around a truck as it proceeds along a street: in front, behind, and at the sides. Information relevant to the event is automatically transmitted from the vehicles in wireless fashion via mobile internet connections. Trimble combines these recordings with telematic data to create an intelligent platform, which in turn combines onboard event recording (OER) with video. If required, the owner of the vehicle fleet can also retrieve the images upon request for a specific period of time using a secure, web-based video portal.

Martens-Ulrich is entirely satisfied with the test of the solution.

“I’m absolutely thrilled with the quality of the recordings, especially the recordings made at night. I also like the fact that speed is also displayed, and that there’s a map you can use to see exactly where a vehicle was located during a specific situation”, she says.

No accidents occurred during the test phase. Martens-Ulrich pointed out that there was another positive aspect, since the Trimble Performance Portal showed that there had been a clear improvement in the truck test drivers’ braking and accelerating, as well as in their use of the Eco Roll feature.

For over 75 years, Johs. Martens has been a leader in tank lorry logistics. Every day, over 300 employees contribute to the success and prosperity of the company as they provide dedicated, high-quality, innovative transport and logistics services, individually tailored to meet the needs of the company's clients.
More information can be found at www.johs-martens.de